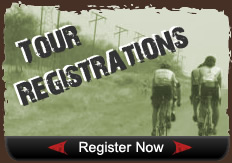 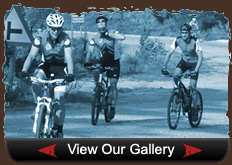 Prince Albert Cycles and tours is owned and run by Arno Botha who has been cycling since 1987. Arno organized his first tour in 1992 when he and a group of friends cycled from Pretoria to Beit Bridge. He has organized numerous one-day rides and in 1996 he started the very popular Tambotie Road tour was had its 15th run in 2013 . Arno has decided that a 15 year run with no car related incidents is a good score to call it a day since the road traffic on the roads have increased to a dangerous level.
Arno has always had a passion for the Karoo and mountain passes and in 2003 he organized the first Karoo Kus Karoo tour. At the time, this tour started with the Karoo to Coast race as the first stage and then continued along the coast and over beautiful dirt road passes to the Klein Karoo, finishing in Uniondale after 7 days.
Due to demand the start and finish venue which was in Knysna for a number of years was moved to Wilderness, being closer to George Airport.
When the Hotel in Wildernis was closed for renovations the start and finish was moved to George and we then realised that this in fact the ideal start and finish location . It is close to the Airport and it makes the last days riding short enough to enable riders to leave early for home.
So, Karoo-Kus-Karoo became Kus-Karoo-Kus which eventually led to the tour and the operation being called KKK (cycle).
Arno now also organizes 2 week-long tours in Namaqualand , a week long Tour in February which is used by many as Epic or Jburg2C preparation , a 5 day Tour fpr a group of riders who cycle from George to Hermanus the week prior to the Argus and a 4 day-tour in the Tankwa Karoo . A tour in the Cederberg is in the planning.
Upon request he has now done a few bespoke Tours and having now retired to Prince Albert is able to offer that service to riders.
Arno participates in all the tours, when not riding doing duty as a back-up driver. The tours do not entail camping and all meals, spares and back-up are available. Through the years only the best suppliers have been selected to provide accommodation and meals. Arno’s mission is to introduce riders to new places, roads and to provide a carefree, well-planned cycling holiday that represents excellent value for money.